One of the most successful coaches in American soccer history. Graduated from Brighton High School in 1972 and played two years of college soccer at MCC, earning JUCO All-American honors in 1973 and 1974, before finishing his collegiate career at Cornell University in 1975-76 and being named the team MVP and an All-American as a senior.  Drafted by his hometown NASL team, the Lancers, in 1976 and played 2 seasons for the club before moving to indoor soccer for the next 4 years with the MISL Buffalo Stallions, Pittsburgh Spirit, Baltimore Blast and Kansas City Comets, scoring 46 goals in 89 matches.

While with the Lancers, became the assistant coach at the University of Rochester, starting a 4 decade career in coaching.  After retiring from active competition, served as assistant coach at Cornell for 1 season before becoming the assistant coach under Bruce Arena at the University of Virginia for 5 years, which was the start of the most successful coaching partnership in American soccer history. Returned to Cornell as head coach for 9 seasons from 1989-97, leading the Big Red to 2 NCAA tournament appearances. 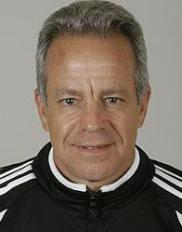 Started coaching professionally in 1997 under Bruce Arena at DC United and winning MLS Cup that year before joining Arena in 1999 as assistant coach of the US Men’s National team, helping guide the US to the quarter-finals of the 2002 World Cup.  Became the head coach of the Chicago Fire in 2003, leading the side to MLS Supporters’ Shield, the US Open Cup title and the MLS Cup Final that year and earning the MLS Coach of the Year award. Also led the Fire to the US Open Cup title in 2006 and 2 more playoff berths in ’05 and ‘06.

Served as the Director of Scouting for the US Soccer Federation’s Developmental Academy Program before reuniting with Bruce Arena as the associate head coach of the LA Galaxy in 2008, where he has helped lead the team to 3 MLS Cup titles in 2011, 2012 and 2014.