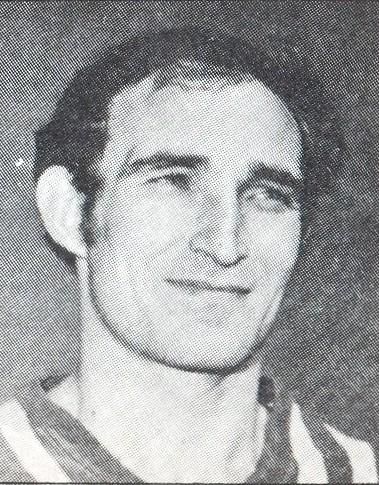 One of the top strikers in the early days of the NASL.  Began his career in 1960 with KSV Hessen Kassel in Germany and played in the Oberliga Sü'd, a regional German league which preceded the Bundesliga. Also played for 1. FC Pforzheim and SV Eintracht Trier 05.  Moved to the US in 1967 to play in the NPSL (forerunner to the NASL) for the Pittsburgh Phantoms and scored 10 goals in 16 matches.  Joined the Kansas City Spurs in 1968 and became the team’s all-time leading scorer with 22 goals and 15 assists, was named NASL 1st Team All-Star in 1969 and 1970 and led the Spurs to the NASL Title in 1969.  Came to the Lancers in 1971 after the Spurs folded and helped the team to the NASL regular season title, scoring 10 goals and adding 7 assists and was again named NASL 1st Team All Star.  Played for the Lancers until 1974 and was the assistant coach of the team under Adolfo Gori.  Ended up as the 8th leading scorer in Lancers history.  Earned 1 cap for the US National Team in 1973.

Worked for 19 years as a warehouse manager for Sibley’s and also for Nuri Construction with Lancers owner and Hall of Famer Nuri Sabuncu. Married to Uta and has 1 daughter Angel.