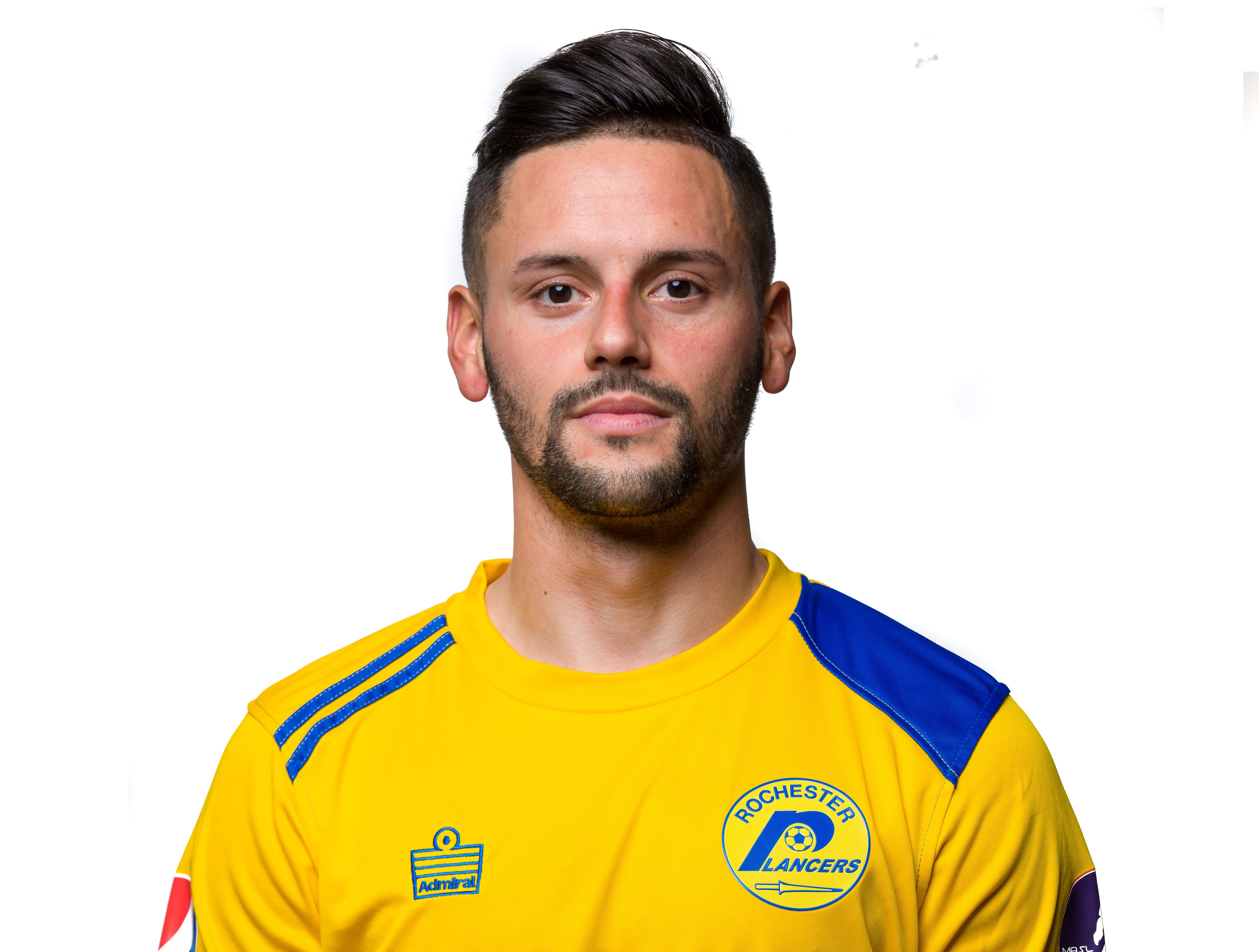 David left NY in July 2015 to experience Brazilian soccer in Sao Paulo, Brazil. He was selected to play with Sau Paulo’s Sindicato de Atletas and played with this professional organization in preparation for the upcoming season beginning after the new year. The team represented Sau Paulo in a December, 2015 tournament sponsored by the National Federation of Professional Football Athletes.

David has played in the PDL (Southwest Division in Florida), trained with the Rochester Rhinos of the USL as well as the Rochester Lancers of the MASL. He also completed two seasons of Division 1 Junior College with Monroe Community College from 2013-2014. David is a versatile player, having started as striker/midfield/outside back for his US Academy team (Revolution Empire), PDL team, MCC and currently, in Brazil.

In 2012, David began playing in Florida at the Schulz Academy. He trained there through the first half of the 2013 PDL season where he played for the Schulz Academy PDL team in the Southwest Division. Unfortunately, the Schulz Academy founder and coach, Dr. Joseph Schulz, lost his fight to cancer and Dave decided to return home to resume his training. Yet, his experience with Dr. Schulz and the daily training added much to Dave’s abilities and approach to the game.

After a year of full time training in Florida and with the Rochester Rhinos of the USL Pro League, Dave entered Monroe Community College (MCC) to play for Coach Nelson Cuppelo’s MCC Tribunes. Prior to his move to Florida, Dave completed two years of play in US Soccer’s Development Academy program (Revolution Empire Academy with 4 goals and 5 assists).

When Dave returned to Rochester, he spent the summer of 2013 training daily with the Rochester Rhinos professional team. This invaluable experience forced the kind of technical and tactical awareness needed to keep pace with this level of competition. Dave’s goal is to develop his soccer skills with an eye on a professional career while taking the necessary steps to earn a college degree.

Dave decided to enter college in the fall of 2013 with a focus on sports science and physical therapy. His interests support a diversity in programs; Spanish, liberal arts, exercise science and international business. During high school, he maintained an A average at one of the higher ranked schools in the western NY region. Dave’s work ethic, both on and off the field, will serve him well no matter the academic or soccer track that he chooses.

COLLEGE TEAM: Monroe Community College --- Finished sophomore season in 2014; played outside forward in 4-3-3; offensive mid and outside back.

Rochester Cobras adult team plays in Premier Division of Rochester District Soccer League (RDSL); member of U23 team that played in USASA Region 1 Cup in 2009 (youngest player in tournament at 15).