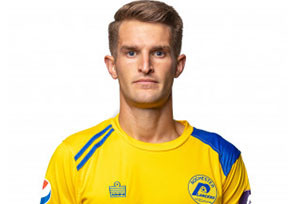 #10 Michael Cunningham- Born and raised in Nottingham, England Cunningham came over to the U.S. to play college ball for Roberts Wesleyan. In his time there Cunningham was named a 2x All-American. After finishing his collegiate career, he moved to Australia where he played in the second division there for a season before coming back to the US and signing with the Rochester Lancers indoor team where he appeared in 13 games scoring 13 goals and he had 5 assists. Cunningham also has his own youtube channel where he has over 350,000 subscribers!

Favorite # and Why?
#7 was always my jersey number growing up

Do you play or have you played other sports?
Tennis

Best Advise someone has given you?
There's no failure, only learning.

Do you have any hidden talents/hobbies people don't know about you?
Film making

If you could have dinner with 3 famous people who would it be and why?
Trevor Noah, Zlatan, Gary Vaynerchuk

What are your career plans after soccer/school?
To continue growing my online soccer academy