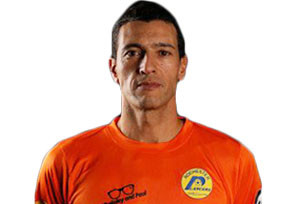 Born and raised in Sao Paulo, Brazil, Moreira has had an extensive soccer career. He grew up playing in youth development programs of the best clubs in Brazil, Corinthians, Sao Paulo and ultimately where he ended up going Pro, Palmeiras. Marcelo then spent 10 years playing in Palmeiras, followed by a successful stint as the team captain of Juventus (Brazil) for 5 years where he helped lead the team from the 2nd Division into the 1st Division. In 2013, Marcelo moved to the US where he continued his soccer career but now as an indoor player playing for the Syracuse Silver Knights, Rochester Lancers, St Louis Ambush and last season as a back-up for Utica City in the MASL and Rochester Lancers in the MASL2.

Marcelo has established his roots here in Rochester, NY with his wife Kayla, daughter Jilliana and son on the way, Thiago. He is the Director of Goalkeeping for the WNY Flash Youth Academy and also runs his own Soccer Training Company called ‘More Keepers’. Moreira has spent the past 5 seasons as an Assistant/Goalkeeper Coach for Monroe Community College Men’s program and the Nazareth Men’s Soccer program as a Goalkeeper Coach.

Do you play or have you played other sports?
No

Do you have any hidden talents/hobbies people don't know about you?
No

If you could have dinner with 3 famous people who would it be and why?

What are your career plans after soccer/school?
Soccer coach