At the Combine, Coach's Thoughts on 2018

With 2017 coming to an end, the Lancers and Lady Lancers took the next step in identifying potential new talent for 2018 with their combine this past Saturday. Over 60 hopefuls showed up to the Glacier Ridge Sports Park with a dream of becoming a Lancer in 2018. The 8-hour marathon session was split up into 2 two-hour sessions for the Men's team, and 2 two-hour sessions for the Lady's team. Last year's combine unearthed some hidden gems for the Lancers, and hopefully this year some new talent will emerge. 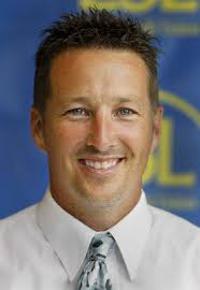 Q. Coach Miller, last year was difficult with the late start to the preseason. With a full preseason this year what are some of the things you can do differently?

A. Preparation for this season will be getting players into camp earlier, but bringing back the base of the team from last year helps as they know the culture and environment. We started with a few bumps last year and it came down to the 1 point. This year we will be much further ahead of where we were last year at the same time.

Q. Last year was your first season coaching in the NPSL. What did you learn from it and what surprised you about the league?

A. I thought the players in the league have quality, but lack the little details that make you a really good pro.

Q. The NPSL season is very short; you have to fit in 10 to 12 games in a matter of two months. How do you prepare your team for such a grueling schedule?

A. Getting young players to really understand the preparation for a short season and being able to adapt to the difficult travel. The mentality of the players is where we need to focus, as they are good athletes and good soccer players.

Q. The Lancers had the second best defense in the 23-team Midwest Conference last season giving up only 10 goals in 12 games, and ended up missing the playoffs by 1 point. How are you going to build off of that?

A. Setting expectations of being the best defensive team started with setting goals. In the beginning of the season I said we would only concede 6 goals and score 20 goals. Getting players to buy into defending as a team will turn us into a creative attacking team.

Q. With so many participants at the combine and only 2 two-hour sessions to evaluate prospects, what do you look for in a player and what steps do you take in evaluating talent?

A. In our combine I look for athleticism, creativity, speed of play, and doing things really simple. I try to evaluate personality when they lose the ball and what their reaction to that is. You can tell who has a bit of craft and ability in a short time and your hope is to mold their mentality into a good pro.

Q. Why do you feel the local media seems to ignore the Lancers and other local sports teams in favor of out of town Pro and College teams?

A. Media attention is so important, but with the Internet these organizations cut back because people can get information 24/7. They are trying to survive and will only cover the sports that generate revenue. They invest time into local High School sports but are missing the local role models for these kids. Our goal is to be successful without the media and then they will come knocking. 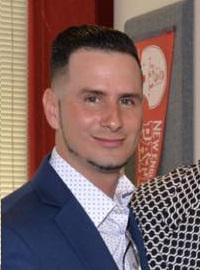 Q. Marc, You have a knack for identifying top players. What qualities do you look for?

A. When looking for a player that's a right fit for the team, I generally look at what needs we have like position wise; do we need a leader, a playmaker, a goalkeeper etc. I then do my research a number of ways to better get to know the players and how they play. Video is always helpful but I never look strictly at video because you only see what the player wants you to see and not the negative things. I normally don't look at flashy players that want to dribble all the time and do complicated passes as I have found them not to be the best teammates. Playing simple is the best way to impress me. And I love players that have good vision and soccer sense on the field.

Q. This is going to be your 3rd year as a General Manager in the NPSL. What have you learned from the process, and how different is your outlook on the league from when you first started?

A. I've learned it's best to stay out of the soccer politics. It's sad to say but it does exist and that's one of the things that is destroying soccer, especially here in Rochester.

My outlook on the NPSL is that it's a great league to be in where teams continue to grow and thrive. This season we were able to cut down on our travel time, as you will see when the schedule is released. Some strong rivalries will be created this year.

Q. You entered the Rochester River Dogz, who are the Reserve team for the Rochester Lancers in the 2018 Lamar Hunt US Open Cup Qualifiers. By winning the 3 qualifying games, they became the first amateur team to qualify for the Open Cup proper in almost 50 years from Western New York. What was your motivation for entering the River Dogz?

A. My motivation for the Cup run was, after we missed the playoffs by 1 point I was a bit disappointed and frustrated. Our season is so short and I wanted to give guys another chance at qualifying for the Open Cup. To do that we had to qualify through an amateur league. Luckily we have our reserve team that plays in the RDSL premier division. I thought why not enter a team in the open cup qualifying, we had beaten Christos FC earlier in the year in the Amateur Cup and made it to the semifinals before losing 1-0 to Junior Lonestars. And low and behold we won our 3 games we needed to qualify and got in the Open Cup proper. Guys were really looking forward to a chance to play the Rhinos, but at least there will be a team from Rochester NY in the Cup this year.

Q. Tell me about the change in culture when the team switched over to the Lancers.

A. I feel with the River Dogz team things were more organic, but the atmosphere at a Lancers game is just something you can't beat. It's electrifying; the fans are great and since most of the Dogz players now play for the Lancers the fans have continued to grow and support us which is very special, and I'm grateful for that.

Q. What are your expectations for the Lancers going into 2018?

A. This season after we announce our stadium, schedule, and ticket packages I expect our fans to grow and for our men's team to make the playoffs and our women's team to get their first win which will then lead to more wins and hopefully the playoffs as well.