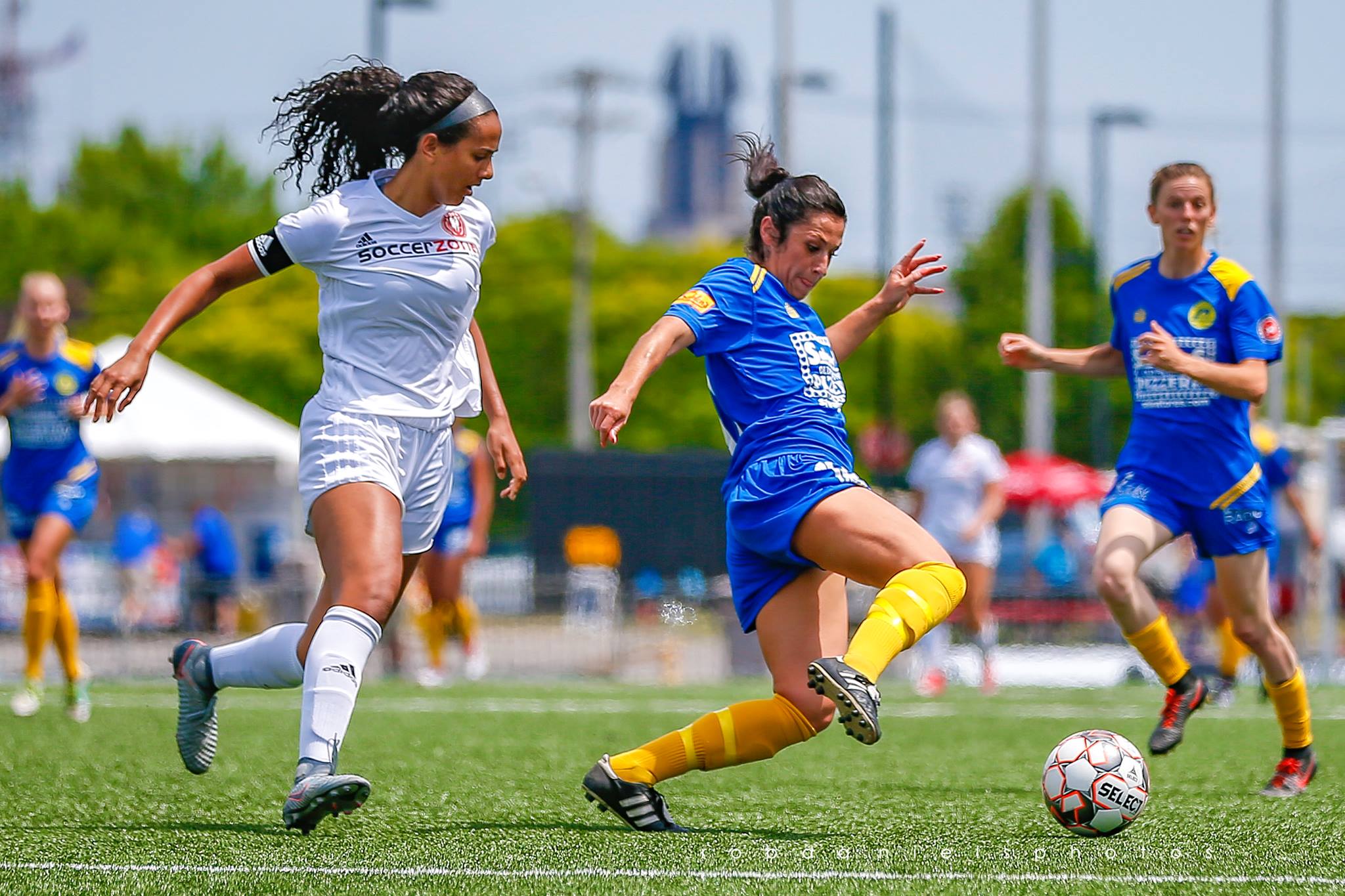 The Rochester Lady Lancers final two games are against the teams they’re chasing.
They play the  Rush at 2 p.m. Saturday on Charlie Schiano Sr. Field at Marina Auto Stadium,
then finish the regular season at Buffalo against the Flash at 6 p.m. on July 14 at
D’Youville College.(Photo: Rob Daniels/Rochester Lancers)

The playoffs for United Women’s Soccer don’t start for another two weeks, but for the Rochester Lady Lancers, they essentially begin Saturday. “You could say that, that’s for sure,” Lady Lancers coach Sal Galvano said Thursday night after a training session for the team.

In first place heading into last week, the Lady Lancers find themselves in third place today. They are 4-2-2 and have 14 points, one fewer than the Inferno Rush and Western New York Flash. Those teams are both 5-2-0.

But as fate would have it, the Lady Lancers final two games are against the teams they’re chasing. They play the Rush at 2 p.m. Saturday on Charlie Schiano Sr. Field at Marina Auto Stadium, then finish the regular season at Buffalo against the Flash at 6 p.m. on July 14 at D’Youville College.

And that’s the scenario Galvano definitely prefers. No draws or losses and then hoping other teams provide help.

The Inferno Rush provide stiff competition. They have won three straight by a combined score of 10-0 (albeit a stat inflated by a 7-0 win over basement-dwelling Worcester). Four of the five wins for the Rush have been by shutout, and they possess the best goal differential in UWS (plus nine with a 15-6 scoring advantage).

“They’re a good side, they’re going to be a well-organized side,” Galvano said. “They don’t score a lot, but they also don’t give up much.”

The Lady Lancers are coming off a disappointing 2-1 loss to the Flash on June 30 at the downtown stadium. The Lancers had a stunning 28-7 advantage in shots but somehow failed to convert early chances and it cost them in the end.

“We out-possessed them, we outplayed them, but if you don’t capitalize on your chances against a team like that, they will come back and punish you late,” Galvano said.

Considering Rochester didn’t win a game in their inaugural season of 2017, going 0-9-1, this has been quite the turnaround. But now that they’re knocking on the playoff door, Galvano would like them to barge right on through it.

“It’s been a stellar year for us, I can’t ask for more from them,” Galvano said. “It’s in our hands now. I have faith in the girls.”

The Lancers play the Fort Pitt Regiment at 5 p.m. Saturday in their season finale. They are 5-3-3 and have a chance to match last year’s record by defeating Fort Pitt. The Lancers were 2-0 winners when playing at Fort Pitt on June 12.

Celebrating a 40th anniversary in a huge way

Each charity will receive $40,000 during the presentations on Saturday.

Salvatore’s stores raised the money for the Breast Cancer Coalition during the year-long pink pizza box campaign. The company will make its own donation to Camp Good Days.