Jake Schindler is back with the Rochester Lancers and he could not be happier.

The former West Irondequoit High School standout is a marquee signing of the Lancers, given his reputation as an all-star performer, a hard-worker and a popular player with the fans.

Schindler has played every outdoor NPSL season with the Lancers. He most recently had returned to also play for the Lancers MASL team but was then loaned to the Florida Tropics after the Lancers opted out of the 2021 indoor season due to Covid-19. Jake Schindler is 10 year indoor pro player. He started his indoor pro career in 2011 with the Indoor Lancers, and went on to play for the Syracuse Silver Knights, Utica City FC, and most recently the Florida Tropics. He will be back in a Rochester Lancers indoor uniform in the upcoming MASL season as well.

Not surprisingly, Miller welcomes Schindler with open arms. Schindler's experience and versatility will bring so much to the Lancers.

"He's a complete player and we're blessed to have him," said Doug Miller, Lancers Head Coach. "Depending on the situation, he can fit into any area of the game and mentor the young guys, especially when you have that many games and experience under your belt.”

The Lancers NPSL team has not played a game since July of 2019 when they went 7-3-2 and made the playoffs under Head Coach, Doug Miller. The season kicks off at home on Sunday, May 16 with the UWS Lancers playing at 2pm and the NPSL Lancers playing at 5pm.

With Covid guidelines still playing a major part in attendance, we are waiting until Monday, May 10 to send out details on ticketing information. 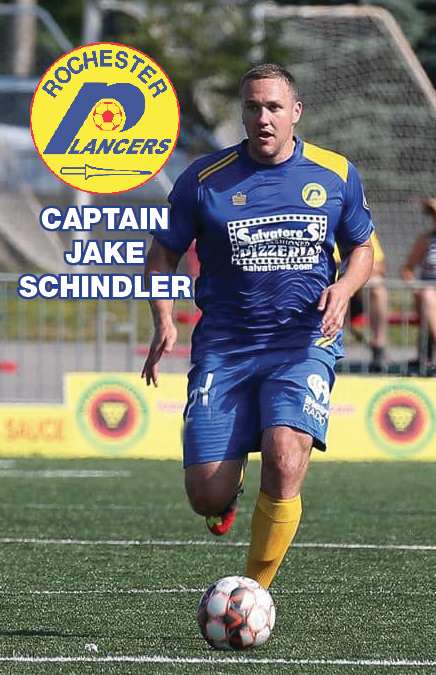