FOR THE LOVE OF THE GAME AND EACH OTHER: Husband and wife coaches bring a unique situation to the Lady Lancers

ROCHESTER, N.Y. - Talk about a marriage made in heaven.

Soccer heaven, that is.

Not only are Michelle and Tad Valentino married to each other, they are, in essence, married to the beautiful game as well.

This husband-and-wife coaching team loves the sport and have played and coached at various levels over the years. They are assistant coaches on the Rochester Lady Lancers.

Many married folks have directed their son’s and daughter’s soccer teams, but few have done it together at such a high-profile league as the United Women's Soccer.

Lady Lancers head coach Adam Schwartz has appreciated what the Valentinos have brought to the team, which has three assistant coaches. John Berardicurto is the third assistant. The Lady Lancers host the Pittsburgh Hotspurs in a vital match that will have playoff ramifications for the home side at Aquinas Institute in Rochester, N.Y. on Saturday at 2 p.m.

"They've been a tremendous support," Schwartz said. "They're very knowledgeable about the game. They love the game. They love working with people. It's just been a great experience. They're quality coaches in a sense where you can give them a task, or a topic and a training session and you know that they're going to do an excellent job at presenting that topic. We call it co-teaching where you have kind of two instructors teaching. It's very similar to that."

There is always something to talk about since both are highly invested in the sport, emotionally, passionately and financially.

"All day, every day, that's all we talk about," Tad said

RESPECT FOR EACH OTHER

Like any coach in any sport, the Valentinos have their own perspective on the game. That complements and supplements their ability to teach the game to players and even learn something new about it themselves.

"The nice thing about it is we see things very differently," "Tad said. "So, when we talk about it, we kind of learn something from each other, which is nice."

"We respect each other's opinions and I really appreciate that Ted really values my perspective and what I have to say and likewise," she said. "We don't always agree, but we respect each other's opinions. I have learned that you can learn from listening to other people and that's important." I try to let I know a coach who I respect a lot. A former coach and just had a great soccer mind and I learned so much from him just on the game.

"I'm a teacher as well. When you stop when you think you know everything, and you think you know the game better than anybody else, it's time to walk away because if you're not constantly learning from other people, from your players, from the television, and you're not constantly wanting to update your coaching then I think that the passion kind of dies away. I'm just constantly everyday learning something new. I'd go to practice and Adam would teach me something new that I didn't learn or John or Tad. So, it's really exciting."

When he was five-years-old, Tad grew up in Rochester and started playing the sport with the Mavericks Soccer Club. He also competed at basketball "but soccer to me was so much more difficult."

"I liked playing it more; the running, keeping in shape that feeling that you don't want to get out of shape when you were younger and in college," he added. "That's the fun part, getting out and playing."

"A little tour of our state with my problem; my prime primary focus was soccer," he said. "So, that took me to a couple of colleges."

It was at Brockport that Tad played under current men's head coach Gary LaPietra, which led to his first coaching gig at Aquinas in 1998. At the time, LaPietra's brother Joe was the head coach at that high school.

"I was pretty young," Tad said. "I didn't realize it, but I was only three, four years older than the kids. I was coaching at the time." 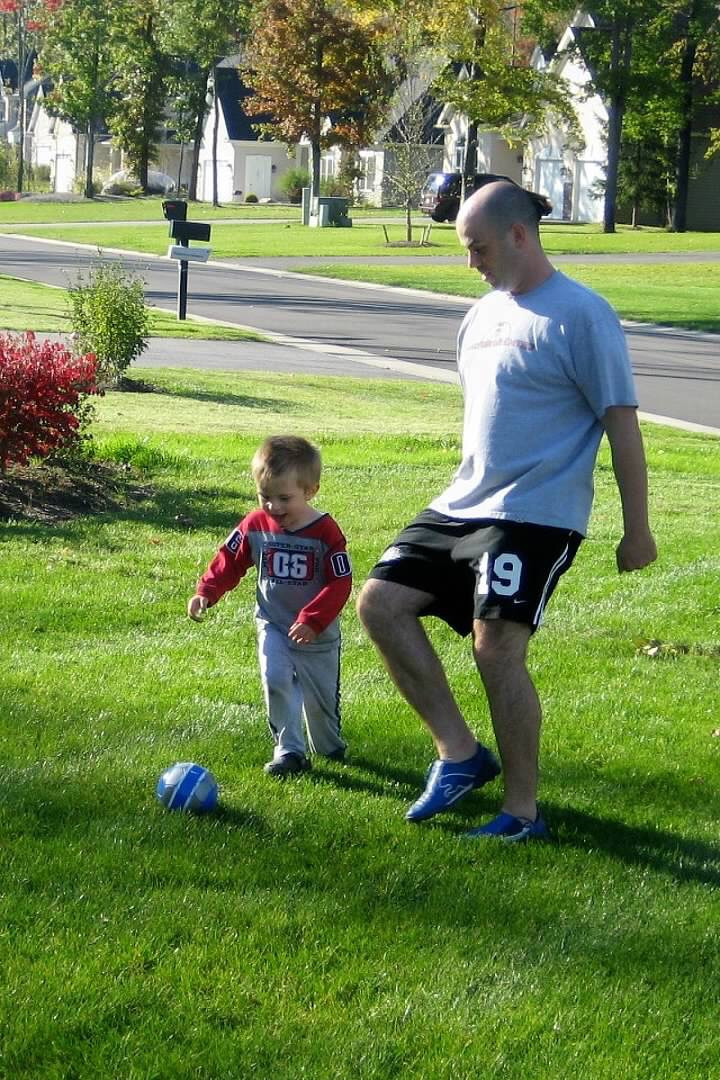 After a five-year stint at Aquinas (the team won four Section V titles and two state championships), Tad became an assistant at Brockport and coached at the Empire Youth Academy and more recently with the Rochester Lancers Academy, coached his son Bennett on its Under-17 Boys team.

Michelle grew up in a soccer family in suburban Webster. Her father Stanley operated a team, Team Urbanski, which enjoyed huge success in the Rochester District Soccer League.

"We would constantly play, and we would have players staying in our house for the summer," she said. "I learned through him what it was like to run a team and all the stuff, the housekeeping things that needed to go into it. That was kind of cool to learn that perspective at a younger age."

Long-time soccer fans might remember a Michelle Urbanski, a lethal forward who is second in career goals (49) and points (125) at Nazareth College while helping the Golden Flyers to three NCAA tournaments in the late 1990s. She was inducted into the Nazareth Sports Hall of Fame in 2006. 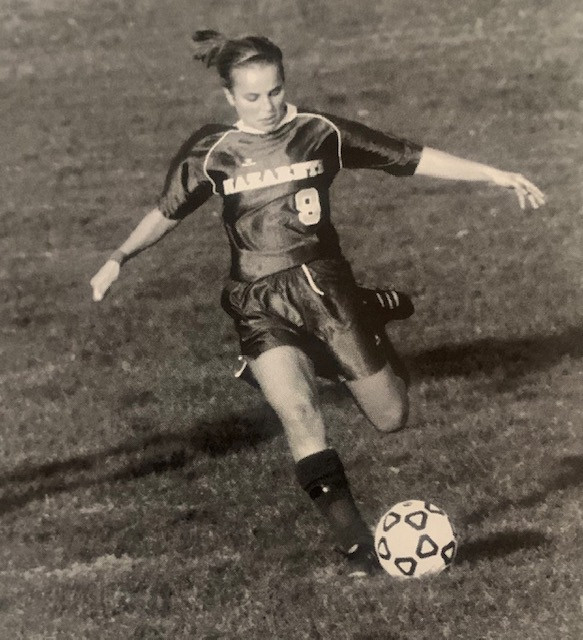 While attending Nazareth, Michelle was named the Rochester Press Radio Club's female athlete of the year in 1999. She went on to play for the Rochester Ravens (United Soccer League's W League) and competed against the U.S. women's national team in an exhibition game at Brockport that year as well.

Afterwards, both teams went to a friend’s cottage and Michelle went water skiing with the likes of USWNT standout Mia Hamm.

Interestingly, Tad was at that game, working with LaPietra, the Aquinas coach, in the parking lot.

"It was so funny," he said. "I didn't know Michelle and she was playing there but I was there. So it was kind of funny to look back at that game and then realize she was there."

AND SO IT BEGINS

Before Michelle and Tad met, their families' respective teams clashed in a Rochester area cup final.

"The Urbanskis had a great team in Rochester and then my brothers and I with my dad started a Valentino United team in the late 90s," Tad said. "We were kind of working our way up and Urbanski was already established. They had already won everything, and we were in the third division, working our way up. We beat a couple premier league teams to get to the final and then they crushed us. That was the first time our families had met properly."

Like many former college players, Michelle and Tad continued playing after graduating. Michelle was playing on an indoor coed team at the Rochester Sports Garden and her brother Dave asked Tad to join the team.

It wasn't love at first sight, but they became friends and started to build a relationship.

"It was little slow-moving process," Tad said. "We are playing for two seasons together. We started kind of talking at the end of that second season."

Added Michelle: "There was a spark, especially off the field.

"We just had so much in common together. We love talking about soccer. We love playing soccer. And he made me laugh. We both played the same position. It was very natural. It was fun."

A WEDDING TO REMEMBER

They got married in 2004, and not surprisingly, soccer dominated the proceedings in several ways.

"Our wedding party was hysterical," Michelle said. "We had nine groomsmen and nine bridesmaids and every single one of them were soccer players. When we took wedding pictures, we're like playing soccer in my backyard that I grew up. Soccer has just been such a huge part of both of our families, and it's what brought us together." 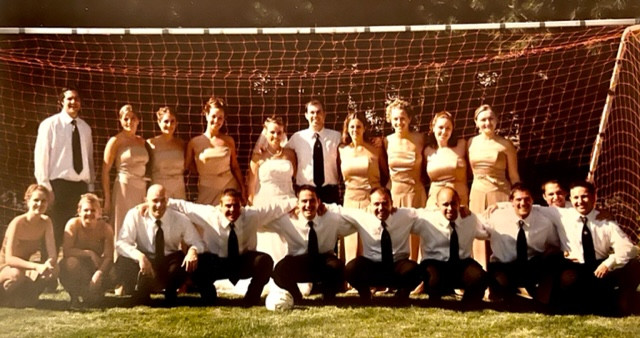 Some members of the Rochester soccer community didn't forget the wedding. Former Rochester Lancer Ken Allison, who became a referee after he retired as a player, certainly remembered.

The Valentinos coached together for the first time for one season at the Lakefront Soccer Club in Webster when their son Bennett was five.

Given their busy schedule, life can get a bit crazy, but the Valentinos have managed. They attend Bennett's and Emmy's games on a regular basis and even find time to watch their nine nieces and nephews matches. Both attend Aquinas. Bennett, 16, is a senior there, Emmy, 14, also plays lacrosse.

"Awesome kids," Michelle said. "We have a soccer field in our backyard. We're always playing. They help out with the neighborhood kids, and they help out with the Lady Lancers. You'll see them at the games working volunteering for free, just because it's a family affair for us."

The Valentinos realized their children will be off to college and adults sooner than you think. They have tried to embrace their sometimes crazy, busy schedule as much as possible.

"It's crazy, only for a short while," Michelle said. "My son is becoming a senior this year. I's going to end soon, all the craziness of driving and all these different directions. We're going miss it. I can't believe it's almost over." 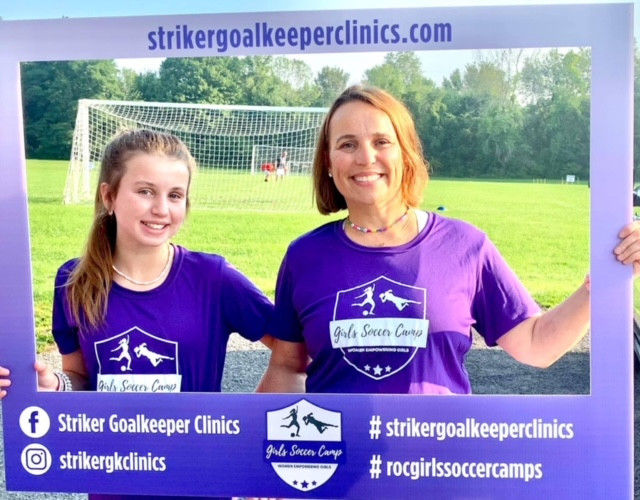 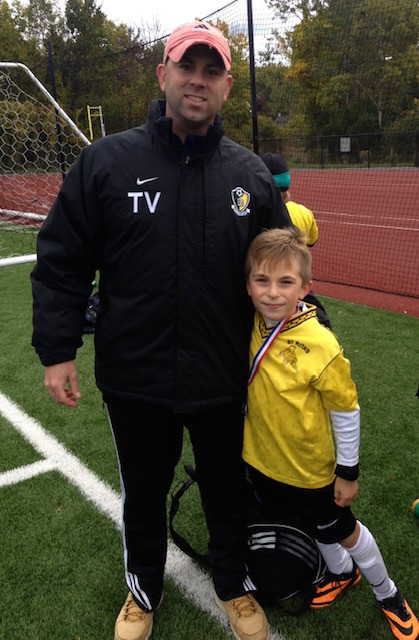 Michelle has loved the sport for so many reasons. Currently a teacher in the Webster School District who taught in Rochester for 17 years, she noticed how kids can communicate, thanks to that round ball.

"This is one of the cool things is that the sport is wonderful. It's kind of like a microcosm of life and there's so many facets of life that you can teach through the game of soccer that goes so far beyond the fields," she said.

She taught at Jefferson High School, which became the Rochester International Academy, a school for refugees. Michelle had students from Saudi Arabia, Yemen, Somalia, Nigeria, Kenya, Thailand and Nepal, among other countries.

"Kids who lived in refugee camps, and the one common ground was soccer," she added. "They didn't know a word of English,2 but I would always have a soccer ball in my room and that would start initiate a conversation. We would start passing the ball around and it would give us a common ground. I just love the sport so much because it goes so far beyond the soccer field."

"That's all they wanted to do," she said. "We'd go to the gym, and we would play. It was funny because a lot of these, the Middle Eastern countries, the kids would see me playing and they would laugh at first. 'You can't play.' "

And a new communication line that opened up.

But that's what coaching should be getting the message across, something that Michelle and Tad Valentino plan to do for the rest of the United Women's Soccer season and for many years beyond.

After Saturday's game, the Lancers will play at FC Berlin in Buffalo on Tuesday, July 5 at 7 p.m., before hosting the Erie Commodores on Sunday, July 10 at 2 p.m. And remember, this is a rare Saturday game for the Lady Lancers. They usually play on Sunday.

Admission is free for the 2022 season.

In place of purchasing a ticket, fans are encouraged to donate to the Breast Cancer Coalition of Rochester. You can donation to the coalition at https://bccr.salsalabs.org/ladylancers

The Rochester Lancers are the longest serving brand in professional soccer in the United States, having started in the American Soccer League in 1967.