Metuchen, NJ — The United Women’s Soccer East Conference provided high-level entertainment throughout the season, with three competitive division races ensuring playoff berths came down to the wire. Ultimately, FC Buffalo emerged as the conference’s champion for the first time, thanks to Offensive Player of the Year Carissima Cutrona and Coach of the Year Nikki Bartholomew. Rochester Lancers’ Katie Cappelletti claimed the award for the conference’s best goalkeeper, while Marcela Robinson of Coppermine United emerged as the Defender of the Year. 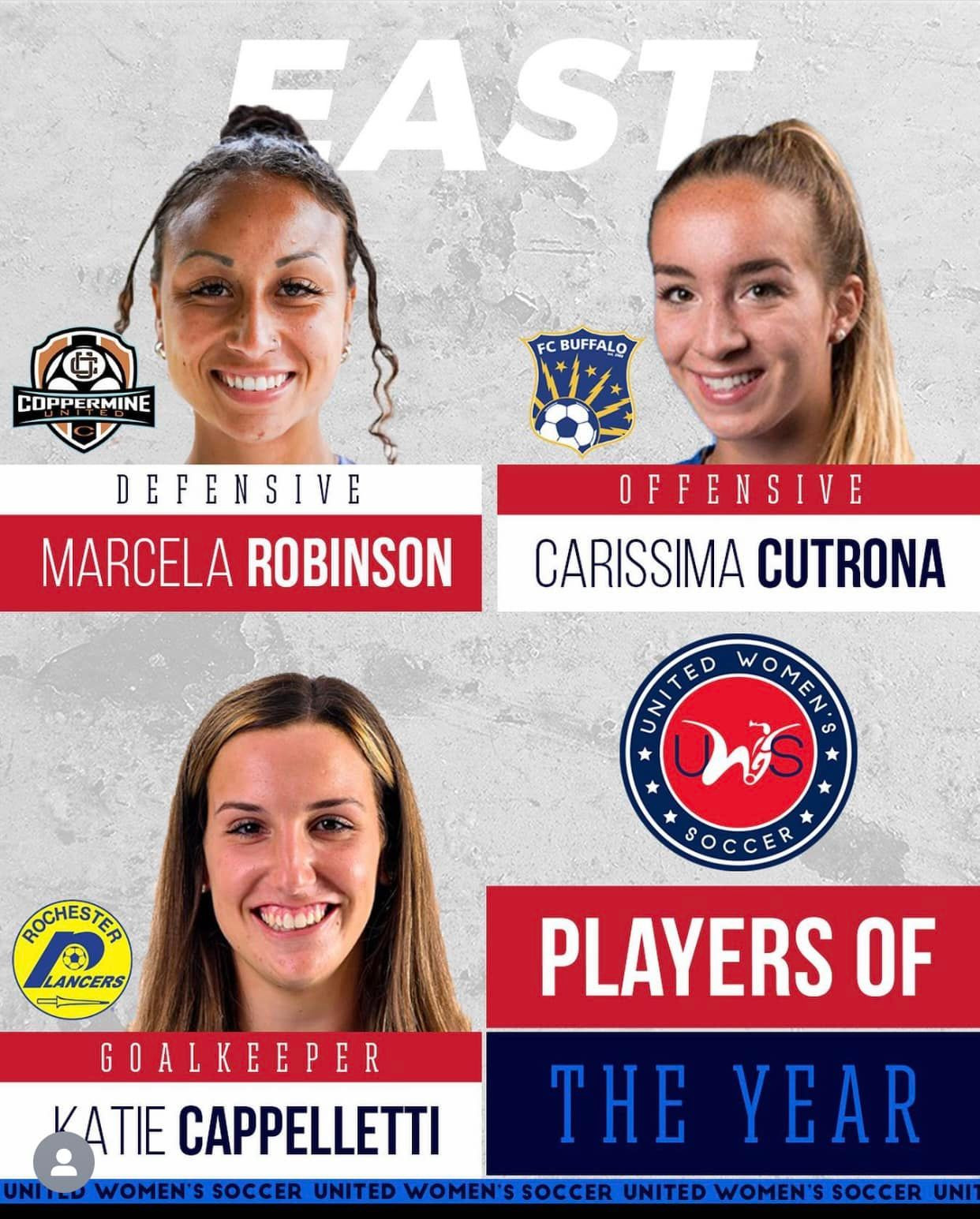 Katie Cappelletti provided the defensive platform Rochester Lancers needed to surge up the table in 2022. She helped her side post seven clean sheets, the most in the East — including six consecutive shutouts to close out the season. Cappelletti made a habit of coming up in big moments, saving penalties and stonewalling attempts from point-blank range to help her side finish with 23 points.

Marcela Robinson claimed the Defensive Player of the Year award after helping Coppermine United win the Mid-Atlantic Division in its debut season. A key leadership presence at the back, Robinson combined stout defending with technical skill, completing the vast majority of her passes. She played every minute of every game as Coppermine United completed the season having allowed only 10 goals in 12 games.

Carissima Cutrona provided the attacking firepower behind an outstanding season for FC Buffalo, earning her Offensive Player of the Year honors. Cutrona helped her squad to an East Conference title with nine goals and seven assists in 13 games. She played a pivotal part in leading an attacking unit that included several inexperienced young talents in what was a second consecutive dominant campaign for the forward.

Nikki Bartholomew of FC Buffalo won the East Conference Coach of the Year award for the second season running. After leading FC Buffalo to the East Conference regular-season title in its inaugural season in 2021, Bartholomew and her team went a step further in 2022. A Penn-NY Division championship was the first step, followed by a pair of playoff victories to secure the club’s first trip to the UWS National Championship.

Iron Women of the Year

(played every minute of every match in the regular season)