THE DOCTOR IS IN: On the field, Lady Lancers defender Masters tussles with forwards, same as she battles bacteria

Six words on Elysia Masters bio page of the Rochester Lancers website says it all.

In the line of her Hidden Talent, Masters said:

"I grow bacteria for a living!"

Yes, that is correct. When she is not playing soccer for the United Women's Soccer team, Masters does grow bacteria for a living, and for a good cause.

Recently, the Burlington, Ontario native earned her doctorate, a PhD in Biomedical Engineering from the University of Rochester. Her specialty is osteomyelitis. Long-time New York Yankee and baseball fans might be familiar with that term as a teenage Mickey Mantle suffered from osteomyelitis, which started a career-long battle with injuries.

Today, the disease can come from implant materials in hip and knee replacement implants that could become infected.

"The implants are really prone to infection because it gives a surface for the bacteria to attach to, colonize to," Master said in an interview this week. "That's sort of the [place] for the infection. Then from there it gets gnarly. The rates of infection are kind of low, but cure rates are not so good for these types of infections. They're very difficult to treat, so that's why it's a big concern."

Masters' grandmother needed to have both her knees replaced.

"Infection is one of the first issues that the surgeons will talk to you about," she said. "You got to look out for it. They give you antibiotics before you go into surgery to try to prevent infection but even if they do everything they can, they still get infected. It becomes really challenging to treat. So, my research actually focuses on the bacteria in sort of its pathogenesis in the infection setting in hopes of ultimately developing a better treatment therapy for these types of infections."

Many athletes have knee and hip replacements later in life from all the pounding they take in competition, so Masters will be giving back to her teammates and future players.

Masters grew up in Burlington, Ontario, which is west of Toronto. She developed a passion for the beautiful game while playing it as a youngster. 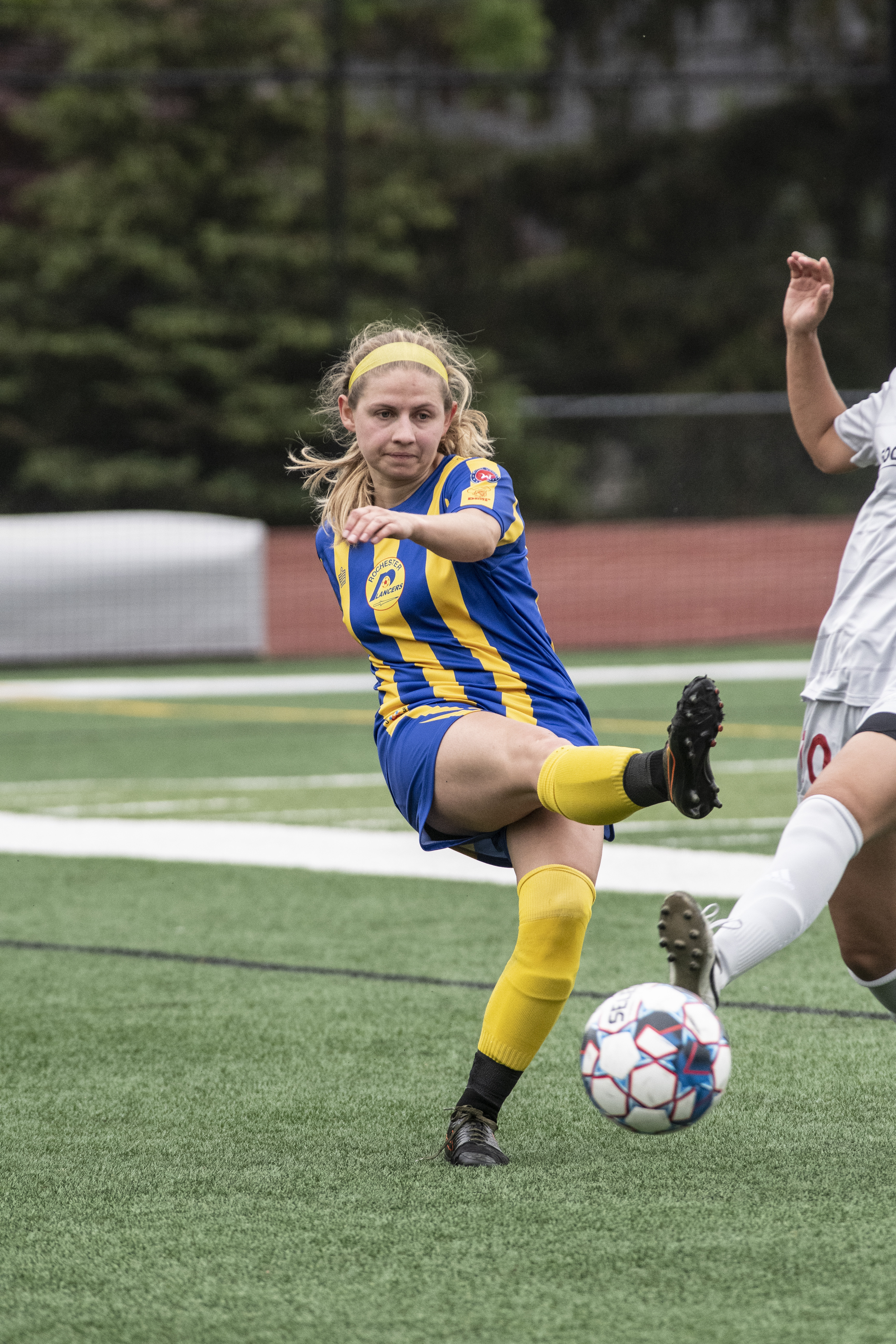 A self-described "nerd," Masters said that she had her "heart set on going to" school in Canada because she was more focused on academics at the time. When she realized she had an opportunity to play soccer, she accepted a scholarship from the University of Memphis.

"It all seemed to work out and soccer worked out," she said. "I never stopped loving soccer. So, it's easy for me to stay with it. And even still, you know, five years after college soccer I'm still playing. Because it's just the most fun way I can think of spending my time. I love playing."

Masters was recruited out of high school as a forward, but eventually switched to the backline.

One memory while playing for the Tigers is seared into her mind, when Memphis played at the University of Alabama, "a big SEC [Southeast Conference] school," she said.

"They got the big old stadium with the jumbotron' sort of an intimidating environment," Masters said. "And it was their home opener. So, there's a lot of pressure on the game, leading up to it.

"It was probably five or 10 minutes into the game. Our center back got a red card, and they got a PK. We're down a goal. So all of this hype and build-up led [and now] down. Really have to climb out of this one, a deep hole. One thing led to another. We tied up the game. I remember being so exhausted. We're playing three in the back, defending these gigantic athletes of Alabama. I was exhausted. I had to get off the field for a minute for a calf cramp and keep playing, but ultimately, we won the game 3-2. We came from behind somehow. It was some sort of a miracle.

"To beat them in the end, at their home opener with a big old crowd there, it was just the coolest thing. ... It's always fun to be the underdog and come back."

It was at Memphis that Masters found another love, earning a degree in biomedical engineering. She worked in the lab during the summers and did weight training with coaches to keep in shape. The Canadian native realized she wasn't going to play soccer forever, so show applied to attend graduate school and she was accepted by U of R. Master said the school was "very prominent" in that field and she decided to continue down the path of osteomyelitis research."

While playing for a coed team - Masters played at the Rochester Sports Garden and the Total Sports Experience - she met future Lady Lancers captain Taylor Wingerden.

"When I first moved to Rochester, my main strategy to make friends was to go play soccer every night," she said. "I moved here alone. ... She told me, 'Hey, you're pretty good at soccer. You should go try out for this new team called the Rochester Lancers,' which she knew about because she has a relationship with Sal Galvano who was the coach at that time."

Masters tried out for the fledgling team in 2017 and has been a vital clog on the squad. She and Wingerden are the only two players who have competed in all four seasons.

Masters' days with the Lancers, however, are numbered. "Which is sad," she said.

She and her husband, Dr. Alec Salminen, who also earned his doctorate, will be moving to Arkansas after she accepted a job with the Food and Drug Administration to continue her research. Salminen, who defended his PhD this past week, got a job there as well. Salminen studies sepsis, which starts with small infection and ends with complete organ failure and massive immune cell dysregulation, Masters said.

Masters is scheduled to move at the end of this month. It is possible for her to play the three remaining home games for the Lancers. Rochester also will play at Syracuse DA June 18 and then host the Albany Rush June 20 and Syracuse DA June 27.

Entering Sunday's 2 p.m. home game with the Lancaster Inferno (1-0-2) in an UWS East Conference game at Charles A. Schiano, Sr. Field at Aquinas Institute, Rochester (0-5) will look for its first win of the season.

"Obviously, our record is not looking too hot right now, but when we look around at the players on the field, in practice you can see the talent that's there. There are some really good soccer players out there. It almost seems as though, as individuals, they're all excellent. All the pieces are there to make something happen. But it sort of hasn't clicked for us just yet. That might be a factor of people's commitments to the team.

"Things have been ... a little shaky with COVID. People are in and out. People are coming, starting later than others. The team is evolving. Even last week in practices I saw a couple new faces that I hadn't seen before. So, that's pretty unique, I guess. I hope that it comes together, and we start seeing it click for us after several matches together."