Years with the Lancers: 1973-1980 (PA announcer, Director of PR and radio broadcaster)

One of the longest serving members of the Upstate New York radio airwaves.  A graduate of Batavia High School and the State University of New York At Albany.  Began his radio career at Batavia’s WBTA-AM radio in 1967 and has worked there at various times ever since, along with stints at WHAM and WYSL radio in Rochester and stations in Albany.

Became the radio play-by-play voice of the Lancers in 1975 and called nearly 200 matches for the team both at Holleder Stadium and in legendary sports venues such as the Rose Bowl, the Astrodome and Giants Stadium, including “Lancermania” during the Lancers’ memorable 1977 NASL playoff run. Became the Director of Public Relations for the Lancers for the 1979 and 1980 seasons. 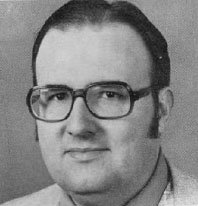 The voice of Batavia baseball for 25 years from 1984-2009, as PA announcer, radio broadcaster and official scorer for the Trojans/Clippers/Muckdogs. Batavia’s Dwyer Stadium press box is named after him, the “Wayne H. Fuller Press Box”. Also, served as PA announcer for the Lancers, Rochester Flash, Rochester Red Wings and the Rochester Americans.  Called radio play-by-play for the MISL Buffalo Blizzard, Rochester Ravens women soccer and numerous local college and high school sports. Active in the high school basketball and baseball programs for Batavia High School. Worked for many years in the intercity bus business for New York Trailways in downtown Rochester. One of the true icons of the Batavia and Rochester media.