An original member of the Rochester Lancers.  Played amateur soccer for his hometown in L’Aquilia, Italy before comig to the US in 1956. Joined the Italian American Sports Club amateur side upon his arrival in Rochester and played for 12 seasons, winning the National Amateur Challenge Cup in 1963 and finishing second in 1966.  Played on the Lancers team that was made up of many players from that great IASC amateur side in both 1967 and 1968. 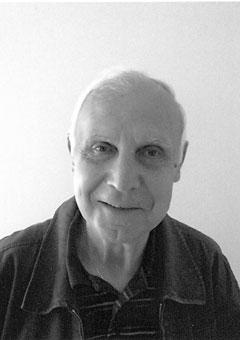 Coached women’s soccer in Rochester in the 1970’s and 1980’s, first with the Gates Carter U-19 team for 5 seasons, a team that won a national championship and toured Europe in 1979.  Helped to found the St. John Fisher women’s soccer team and served as coach from 1979-1986, winning a record 84 matches. Has contributed to the sport of soccer for a number of decades as a referee for both high school and college matches.

Served as President of the IASC from 1979-81.  Retired from Delco Products/General Motors after 30 years.  Married to Helen for 50+ years with 3 children, 7 grandchildren and 1 great-grandchild.  A member of the Italian-American Community Center Sports Hall of Fame for his contributions to soccer as a player and coach.