One of the most respected defenders and coaches in the NASL and a member of the 1970 NASL Champion Rochester Lancers.  An original member of the NPSL (forerunner to the NASL), played for the Philadelphia Spartans in 1967, Cleveland Stokers in 1968 and the Dallas Tornado in 1969, where he finished 12th in the NASL in scoring as a defender.  Joined the Lancers in 1970 and was a tireless worker in the center of the Lancers back line that was a big key to the team winning the NASL title.  Spent 4 seasons with the Lancers from 1970-1973 and earned NASL 1st team all-star honors in 1971 and 1972.  Played 174 matches in 11 seasons of pro soccer in the USA, finishing his career with the Minnesota Kicks in 1977. 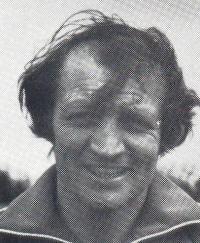 Coached in the NASL in 1978 with the Los Angeles Aztecs (where he was also director of player personnel), in 1981 with the Dallas Tornado and in 1982 with the San Jose Earthquakes. After retiring from soccer, he owned a cloth cutting business in Los Angeles.

Peter Short was tragically murdered on February 24th, 1984 at the age of 39 attempting to foil a robbery attempt outside of his place of business in Los Angeles.