The captain of the Lancers in their final years in the NASL.  Was a star forward at Quincy University, winning 3 NAIA championships from 1973-75 and was named tournament MVP in 1974.  Was the 2nd overall pick in the 1976 NASL draft by the Lancers and played his entire outdoor career in Rochester.  Named captain in 1977 and played every minute of every match that season, helping the Lancers to the NASL semi-finals, where the team drew a record 20,005 to Holleder Stadium for the playoff match against the Cosmos.  Scored a personal best 5 goals and 3 assists in 1978.  Earned 15 official caps with the US Men’s National Team between 1976 and 1979. 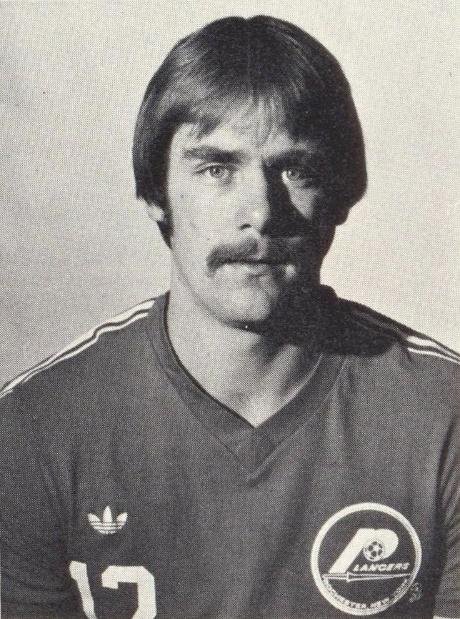 Joined the New York Arrows of the Major Indoor Soccer League (MISL) in 1978 along with Lancers Coach Don Popovic and many Lancers players.  Scored the first goal in MISL history on December 22, 1978 and won the MISL title with the Arrows in that first season.  Moved to the Houston Summit/Baltimore Blast in 1979 and played there until 1984, winning the MISL title in his final season.

After retiring, became the assistant coach of the Blast in 1986 for 5 seasons and then was named head coach of the Harrisburg Heat of the National Professional Soccer League (NPSL indoor) in 1991, a position he held for 7 seasons.  Led the Heat to the playoffs in each of his 7 seasons and was named coach of the year in 1991-92.  Fourth on the NPSL list of coaching victories with 155.

Now works for the state of Pennsylvania in the Department of Revenue and continues to serve soccer as a high school referee and a player in the Old-Timers League.  Married to Barbara and has one daughter, Madison.