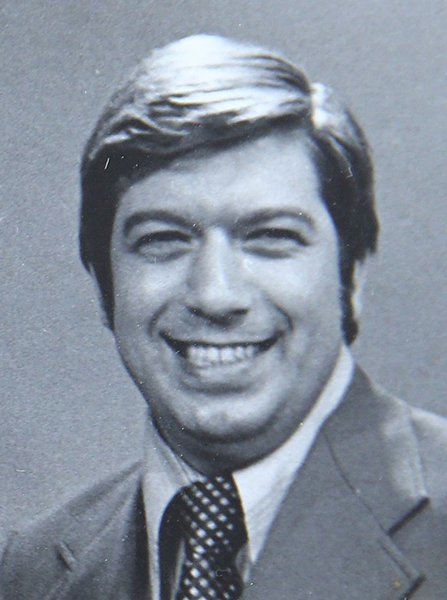 One of Rochester’s best-known media personalities. Attended School #40 in Rochester and graduated from Aquinas High School in 1955 before beginning a long career in broadcasting.  Started in radio on WACK in Newark as a disc jockey and owned a teen club in Newark called Danceland. He also worked in radio for stations in Columbia, SC and Ithaca, NY before joining WOKR-TV in 1967.  Was sports director and TV host for 13 years at WOKR covering all Rochester sports, including the Lancers.  Was the Lancers play-by-play man on TV match broadcasts with Charlie Schiano (among others) on color commentary and was the MC for many events and promotions at Holleder Stadium for the Lancers.  Also did play-by-play for the Rochester Red Wings and high school sports.

He was a fixture in the Rochester bowling community for many years. Hosted the popular nightly show, “Bowling for Dollars” on WOKR for 5 seasons, the highest rated locally produced TV show in Rochester history, along with weekly shows Fun-Time Junior Bowling and the Brighton-Panorama TV Roll-offs. Was the Executive Director of the Greater Rochester Area Bowling Proprietors Association.

He is a member of the Frontier Field Walk of Fame, the Bowlers Alliance of Rochester Hall of Fame and the Rochester USBC Bowling Association Hall of Fame.  Named Rochester Press-Radio Club Sportscaster of the Year in 1984.