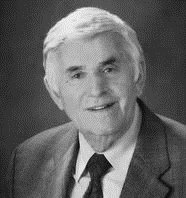 A key figure in the Rochester Italian and soccer communities for over 70 years as one of the founders of the Italian American Sport Club and the Rochester Lancers. After arriving in Rochester at age 5 from Argentina, he attended John Marshall High School, Hobart College, and received his law degree from Brooklyn Law School. Served our country in the US Army for 3 years.

He joined with a small number of immigrants of Italian heritage in Rochester to start a club based on a love of Italian culture and sport to help new arrivals from Italy assimilate into the American way of life. In 1957, he incorporated the club into an official non-profit organization, “The Italian-American Sport Club of Rochester”. He along with fellow IASC members Ed Merante, Patsy Frank and Tony Pullano had a vision and goal to secure a pro soccer franchise for Rochester. Engaged Charlie Schiano and Pat Dinolfo to head up the ownership group and the Rochester Lancers were born and played their first matches in 1967, with the majority of the players coming from the IASC amateur club. Was a minority owner of the Lancers for their entire existence.

Practiced law in Rochester for 60 years before retiring in 2010. He has 3 children, Peter Philip and Martine and 2 grandchildren, Isabella and Anthony.