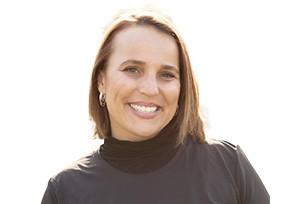 Michelle is a leader, a coach, a teacher, a mother and a mentor. She brings a wealth of knowledge and experience to the field. As a standout forward at Nazareth College, Michelle was the leading scorer during all four years at Nazareth while earning four-time First Team Regional All-American honors. Michelle remains the second leading scorer of all-time in Nazareth Women’s Soccer history. While at Nazareth, Michelle was awarded the Female College Athlete of the Year Award presented by Press Radio Club. She is also a two-time Nazareth College Hall of Fame Inductee.

After college, Michelle spent two seasons playing in the semi-professional Women’s League with the Rochester Ravens, including an exciting exhibition game against the US Women’s National Team. Michelle continues to play competitive soccer to this day.

Michelle is a lifelong learner. Her love and passion for acquiring knowledge makes her the current, passionate and dedicated coach that she is. She is a member of “We Coach” and “US Soccer Federation.” She currently holds her Grassroots License from the United States Soccer Federation and is working towards her level one coaching certification. She also holds a Life Coaching certification in hopes to help mentor young student/athletes in fulfilling their life’s purpose and passion. She uses her life coaching skills to positively connect areas such as self-confidence, self-esteem, positive body image and leadership throughout her coaching.

Michelle has been a teacher for 20+ years. 16 years in the Rochester City School District and the past 4 years in Webster, NY, where she began her soccer career. A Rochester native, Michelle graduated from Webster Schroeder High School where she was a four-year Varsity starter. During each season of these four years, she was the leading scorer for Webster.

Michelle is currently helping coach at Aquinas Institute. Before this, Michelle served as assistant coach for the Webster Girls Varsity program for five years. She has coached soccer to girls since she was a junior coach at the age of 13.

Michelle believes that the soccer field is a microcosm of life. Filled with opportunities to be a positive role model and to teach the most valuable life lessons. Building relationships and establishing a connection are the most critical components in her philosophy of teaching and coaching.