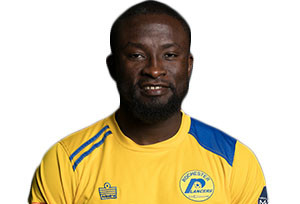 #18 Issac Kissi- Kissi attended Dayton University where he was a standout for three seasons. Kissi was. taken #42 overall in the 2010 MLS Draft by Chivas USA. Kissi then played for the Rochester Rhinos from 2010-2012 where he made 50 appearances. He is a retuning player from last year and also plays on the indoor team. Kissi is also a traveling nurse.