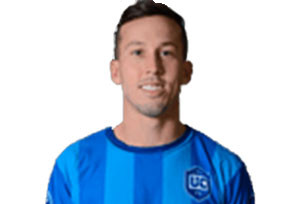 #4 Nate Boudeau- Began his career at Boston College in 2008 before transferring to Rutgers at the start of his sophomore campaign. He was named team MVP and was an All Big East selection. He played for the Rochester Rhinos where he was a part of the squad that won the USL championship in 2015. Boudeau plays indoor for Utica FC.