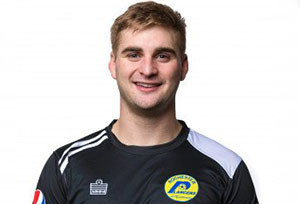 Born and raised in Alplaus, NY, 25 year old Esposito attended Niskayuna High School and was named Defensive Player of the Year his senior season. Christian played Division 2 soccer at Saint Rose College where he earned NE-10 Defensive Player of the week as well as the NE-10 Commissioner’s Honor Roll. After college he went on to play in the UPSL for Super 9 and won the American Division. Last indoor season, Christian landed a contract with MASL power house, Utica City FC where he developed and learned the game of indoor soccer. In the off season, Christian moved to Rochester, NY and hopes to make Rochester his home.