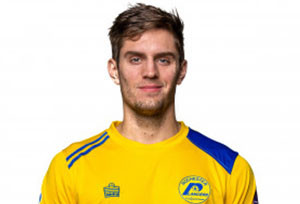 Born in Newton, NJ. Grew up in St. Mary’s, PA 27 year old Reed attended St. Mary’s High School where he was a 2x Upper Allegheny Mountain League All-Star and had a total of 23 goals and 27 assists. He went on to attend Geneva College in 2011 and then Buffalo State from 2012-2014 where he had 2 goals and 3 assists. Jake has had one year preparing for indoor soccer as he spent the 2017-2018 season training with the Syracuse Silver Knights of the MASL. Jake spends his free time owning and directing a coaching and recruiting organization called Allegheny Football Club where he services high school teams and players in Ohio and Pennsylvania.