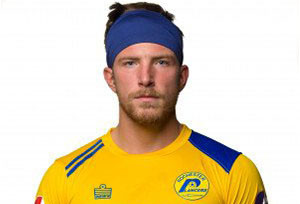 Born and raised in Hicksville (Nassau County), NY, 25 year old DiLorenzo attended Hicksville High School. He was a State Champion in 2011 and was also named the NY State MVP and a Nassau County All County player. Peter then attended The College at Brockport, where he currently holds the record for 2nd most goals scored, with 42 goals. He was named an All-American, 3x First Team All-Conference and 3x all ECAC award winner. Peter joined the NPSL Lancers in 2018 and had 1 goal and 1 assist. Peter is a full time trainer at Burn Bootcamp in Webster, NY where he works with 300 people throughout the day and week to help them achieve their fitness goals through HIIT workouts. In his spare time he enjoys surfing, playing guitar and singing.