(Rochester, NY) The Lady Lancers are proud to continue women’s soccer at the highest level right here in Rochester, NY. The team joined the UWS in 2017 and will return for the 2022 UWS season.

Adam Schwartz has been named the 2022 UWS Lady Lancers Head Coach. Adam has been with the club since 2017 as the assistant coach for the NPSL and the MASL Pro Lancers.

“I am honored to be coaching the Lady Lancers this upcoming season,” said Adam Schwartz, UWS Lady Lancers Head Coach. “I expect our team to excel both technically and tactically, while demonstrating a relentless work ethic on the pitch. My top priority is to continue to establish the Rochester Lady Lancers as an elite organization on and off the soccer field.”

Schwartz will be joined by trio Michelle Valentino, Tad Valentino and John Berardicurti as his assistants for the 2022 UWS season. Berardicurti also no stranger to the Lancers, he joined Schwartz as the assistant of the MASL Pro Lancers from 2018-2020. Michelle spent her collegiate career playing for Nazareth college and post college played for the Rochester Ravens where she got to play against Mia Hamm in the height of her playing career. Tad played high school locally for Aquinas Institute and went on to play collegiate soccer for four years before focusing on his coaching career at the youth, high school, and collegiate level.

Michelle, Tad and John are all heavily involved in the Rochester soccer scene and bring a wealth of knowledge and experience to the team. Full bios @ RLancers.com.

The Lady Lancers will return to Aquinas Institute for the 2022 season. All home games will be streamed live on LancersTV. The 2022 UWS final schedule will be released soon.

The United Women’s Soccer league is the 2nd division of American women’s soccer and has over 90 teams competing in two leagues and is committed to advancing women’s soccer. The Lady Lancers play in the East conference of the UWS with fifteen teams! The original Lancers were formed in 1967 and continue to be the oldest Professional soccer brand in America.

Lady Lancers Kick Back Initiative: TICKETS ARE FREE, thanks to our Title Sponsors, IDE Family of Dealerships, Palmers Direct To You Market, Salvatore’s, Donuts Delite and iHeart Media. In place of purchasing a ticket, fans will be encouraged to donate to the Breast Cancer Coalition of Rochester. 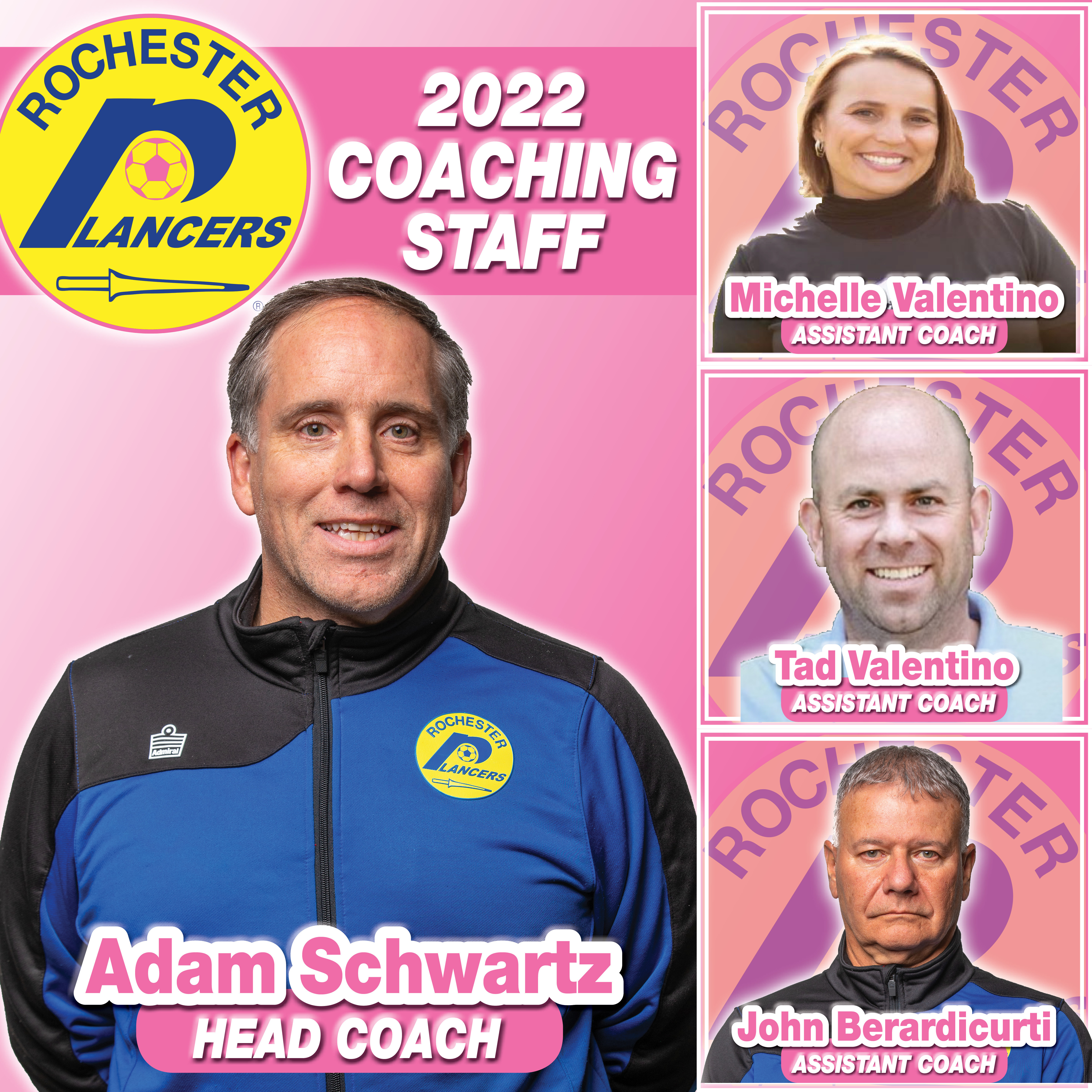